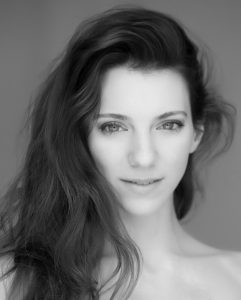 Luciana Paris is a Soloist Dancer with American Ballet Theater. She has been dancing with ABT since 2001, and has been performing as a guest artist throughout the world. Paris’s most recent guest appearances include the Ballet Now Gala 2015 in Los Angeles, dancing The Talisman Pas de Deux with Kleber Rebello, the 5th Buenos Aires International Ballet Gala, dancing Nutcracker pas de deux and  Liam Scarlett’s With a Chance of Rain, and the Fire Island Dance Festival 20th Anniversary dancing Romeo and Juliet, Balcony Scene Pas de Deux with Marcelo Gomes. She was guest artist, partnered by Herman Cornejo, at the Dance Open Ballet Festival 2013 (Saint Petersburg) in Alexei Ratmansky’s “Seven Sonatas”, the Festival des Arts de Saint-Saveur 2013 (Montreal) performing The Black Swan Pas de Deux, and at the Roberto Bolle and Friends Gala at the New York City Center in September 2013 dancing Twyla Tharp’s Sinatra Suite “. Paris portrayed the principal role of Nikiya in a full-length production of La Bayadèrein Argentina in August 2013, with Herman Cornejo as Solor, and, partnered by Cory Stearns, she danced Romeo and Juliet, Balcony Scene Pas de Deux at the Brandon Ballet Gala in November 16, 2013.

As a Guest Artist she danced for Buffalo Ballet in their Nutcracker Production.

In 2017, Luciana is invited to participate in the Australian Ballet Gala, Chile Gala of Ballet Starts, Danzar Por la Paz en Buenos Aires, among others.

Luciana was given the dance artistic Achievement Award in 2018 by FINI Dance Festival in New York.

In 2012 American Ballet Theatre designated Paris as a Certified Teacher.

Since then she was invited to teach in Buenos Aires, Misiones, Córdoba, San Juan, among others.

She has been invited to teach at Fiorellos La Guardia Hight School of the Arts.

During the winter and Spring season Luciana was  a guest Director of Repertoire for the ABT STUDIO COMPANY.

She also participated in a collaboration with Chanel alongside the painter Chloe Wise, and danced in Duncan Lyle Dance and Creative Genesis by Gabe Stone Shayer.

In February 2021 Luciana created her first choreography for the American Ballet Theatre Incubator, a program designed to give dancers whitingthe company to choreograph. 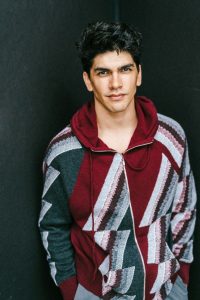 Jonatan Luján, a native of Mendoza, Argentina, began his training at the age of 10 at Jesus Vera Arenas Dance School, while also performing with Ballet Folklorico Municipal.

In 2006, he was the recipient of a full scholarship to Julio Bocca’s Musical Comedy School in Buenos Aires, which provided him the opportunity to train with the most prestigious ballet teachers, including Julio Bocca.

Mr. Bocca invited Mr. Luján to join his company, Ballet Argentino, performing soloist roles in some of the most important operas in the world, including the Bolshoi Theater in Moscow, where he performed at the Prix Benois de la Danse Awards, as well as in Italy, Spain, Greece, United States, Brasil, Chile, and others. 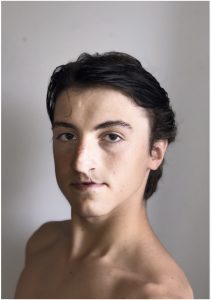 In 2016, de la Nuez joined de la Dance Company, a small professional company in Cincinnati, as a trainee, and he performed as a full company member from 2017-2018.  His repertoire included the Cavalier, Snow King, Nutcracker and Russian in The Nutcracker, Paquita, Le Corsaire pas de deux, Don Quixote pas de deux and the peasant pas de deux from Giselle, as well as modern and contemporary repertory.

In 2017, de la Nuez was a finalist at the Youth America Grand Prix in New York City, and in 2018 he won the Grand Prix at the YAGP Regional Competition in Pittsburgh, Pennsylvania.

He joined ABT Studio Company in February 2018, joined the main Company as an apprentice in December 2018 and became a member of the corps de ballet in June 2019. 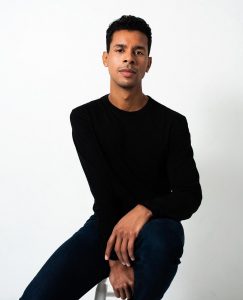 Jose Sebastian, a native of New York City, started his dance training at age 8 with the School of American Ballet and continued training there for nearly 10 years. He received additional ballet training at Studio Maestro and private training with Fabrice Herrault and Olga Kostritzky.  Jose joined American Ballet Theatre in 2009 as an apprentice and became a member of the corps de ballet at in 2010. In 2020, he was appointed director of ABT Incubator, a choreographic initiative open to ABT dancers and beyond. The Incubator program provides a focused lab to generate and inspire ideas for creating new work. 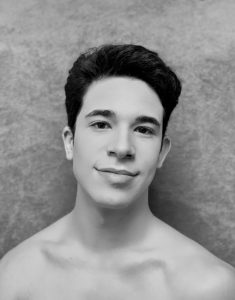 Born in Madrid, Spain, Javier Rivet began his ballet training at La Escuela de Ballet Miriam Sicilia at the age of six. In 2010, he was accepted into the Real Conservatorio Profesional de Danza Mariemma in Madrid, receiving the Premio Extraordinario Fin de Carrera upon his graduation in 2016. In addition, he attended summer programs at English National Ballet, Victor Ullate School, Curso de Danza Menorca and IBStage.

Rivet joined American Ballet Theatre Studio Company in September 2016, became an apprentice with the main Company in January 2018 and joined the corps de ballet in June 2018. His repertoire includes the Russian Dance in The Nutcracker, a Satyr in The Seasons and a featured role in Deuce Coupe.

Javier also worked with Duncan Lyle Dance in 2019 and 2020 performing “The Same Cage” and “The Acquisition” among others. 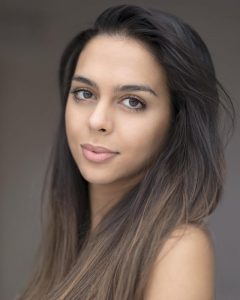 Born in Rio de Janeiro, Brazil, Isadora Loyola began her training at the age of eight at the National School of Dance with Maria Olenewa and, at 11, studied with Magda Aunon at Fort Lauderdale Ballet Classique.  At the age of 13, Loyola began training with Liudmila Polonskaya and that same year attended the Harid Conservatory and trained with Victoria Schneider, Olivier Pardina, and Svetlana Osiyeva.Loyola was a National Training Scholar for four years at ABT’s Summer Intensive and joined ABT II (now ABT Studio Company) in 2007.  She joined American Ballet Theatre as an apprentice in January 2008 and became a member of the corps de ballet in January 2009. 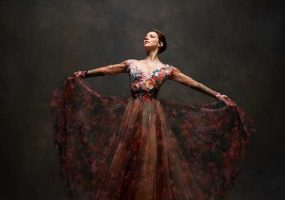 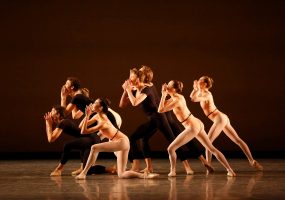 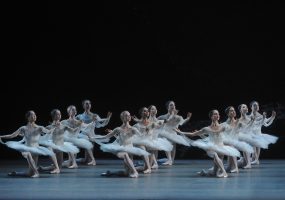 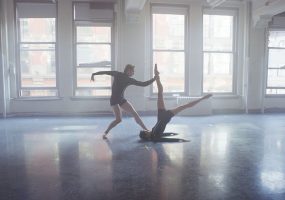 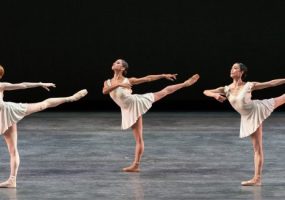 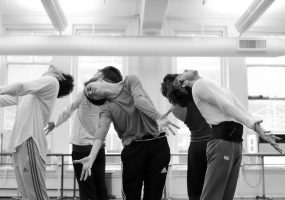