Intense athleticism, gravity-defying acrobatics, and soulful artistry are the trademarks of award-winning, genre-defining PUSH Physical Theatre. Founded in Rochester, NY in 2000 by husband-and-wife team, Darren and Heather Stevenson, out of a desire to “push” the boundaries of conventional theatre, PUSH has since earned an international reputation as one of the U.S.’s leading physical theatre companies.

Recently featured in acclaimed collaborations with the Rochester Philharmonic Orchestra, the Ying Quartet, and Pulitzer Prize-nominated composer Ricardo Zohn-Muldoon’s two multi-media operas (Comala and No Se Culpe with fellow composer Carlos Sanchez-Gutierrez), PUSH has also produced its own full-length works including DRACULA, Jekyll & Hyde, and Arc of Ages. Additionally, its wide-ranging repertory includes many shorter works such as “Red Ball,” a hilarious take on the interplay between the real and virtual worlds using iPad technology.

PUSH was a season finalist on TruTV’s national series, Fake Off, a competition/reality show featuring what producers dubbed “the captivating art of ‘faking’” – a mix of theatre, acrobatics, and illusion. Their performances caused judge and Glee star Harry Shum Jr. to exclaim: “You guys are superhuman!”

These masters of physical storytelling have received the Community of Color/Anton Germano Dance Award, the Performing Artist of the Year Award from the Arts & Cultural Council for Greater Rochester, and the University of Rochester’s Lillian Fairchild Award.

In addition to a busy touring schedule, PUSH is passionate about arts-in-education programs and runs its own summer day camp for kids, teen training, and summer intensive for adult students from all over the world. 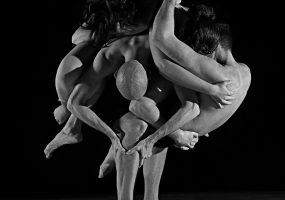 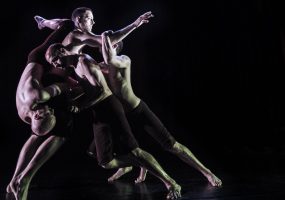 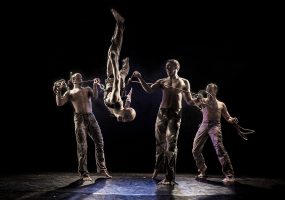 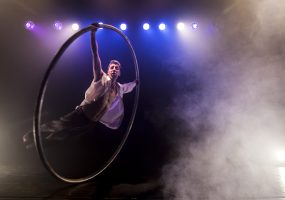 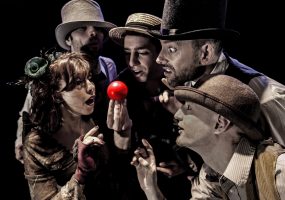 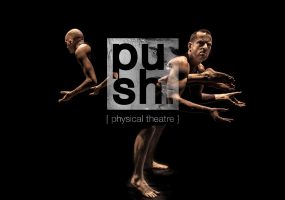